Steam account was created somewhere around February 5th 2018, the legacy weapon was acquired by using someone elses save file before that moved into the cloud on March 6th 2018.

Thunder and playing is not a good idea 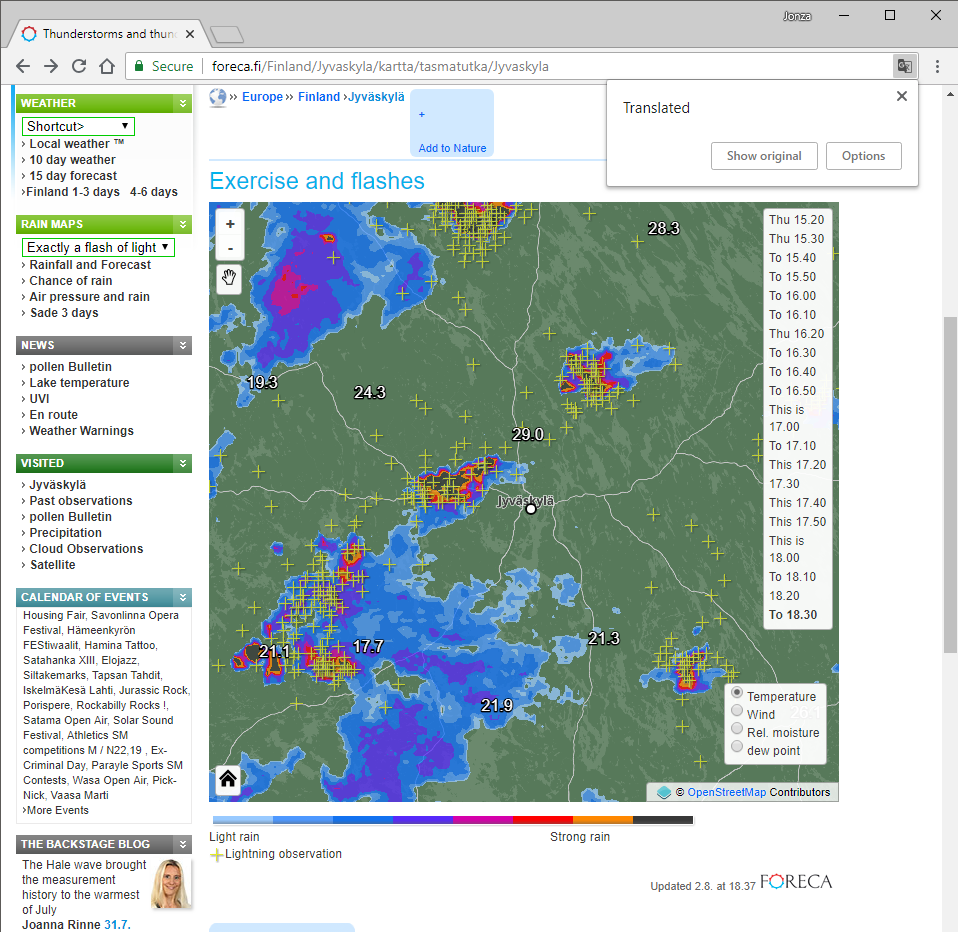 Google translated thunder observation map above and video of both sides, survivor and killer below. Lost electricity for 1 second and Internet connection for 5 minutes. Closest thunder struck approximately 1-2 kilometers away from my apartment.

As of now all reports must be submitted using the in-game report form, even if you want to submit screenshot or video evidence.

If you are streaming you can’t go to edit the video or else you would have to “pause” or quit streaming first, your audience will just get bored waiting for you to download archive video or find live recording, edit and upload that before continuing forward from the report screen.

If you aren’t streaming and aren’t recording video from each of your games you must first find the recording and start recording, possibly change settings if you haven’t touched the recorder in ages. That can even be too slow to get any evidence.

And not in all cases you have super fast Internet connection and powerful CPU+GPU to;

Then once you do have some evidence of the incident you must write something to the report which can be harder than it looks like. There is a character limit to it! You can’t explain the full game or incident in some cases if you wish to link to screenshot(s) or video(s), and if you have more than two links it could prove to be impossible to fit all that into the in-game report form.

All this because the reports are easier to use if all of them are in the same place. There used to be a Google web form for this with lots of space to write, guide how to obtain Steam ID and so on but console users can’t use that as efficiently as PC users. The game developers, BHVR, have said they are working on improving the report form back in May 3, 2018 but so far since then I personally haven’t seen anything to change with the in-game report form, other than;

Dead by Daylight has monthly online ranking reset 13th day of each month. And this month I have moved into a new apartment, played a lot other games and overall been busy with life, so naturally my online ranking has been low in Dead by Daylight, as has been my time for playing the game. You can also see from the screenshot above that I have only played Dead by Daylight for 10.7 hours past two weeks, my profile page is public so everyone can see it also.

Normally I would be rank 1 but I am still not so sure about this ranking system, haven’t really had the time to play much to see how it’s like or what rank I would be now with the new ranking system. And no, I do not derank on purpose for easier games, I like the challenge.

So I went to the hook, even while he kept doing the “killer is camping” emote. I tried to lure the killer away by opening the exit gates hoping the killer would chase me and others could save but..

I realized (and too late too) that other survivors had left the game.
I kept trying to lure the killer away from the hook so I could try to save without getting blink grabbed off the hook – or fall down before I manage to unhook.

I didn’t get the save and the killer camped way too close to the hook, so instead of being mad at the others who left he whines at me in-game and writes this to my profile page.

Here is a quick 4 minute video of the incident.

Thank you Dead by Daylight (game) for getting all these wonderful people commenting on my profile!

I even had profile comments disabled for years and I decided to open up them just for people like this. 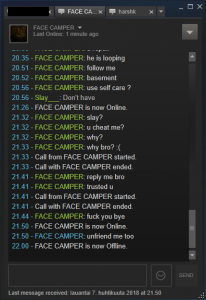 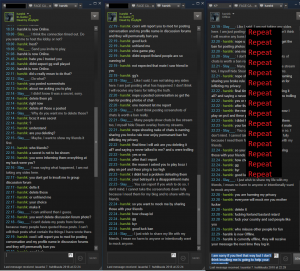 Getting blocked for no reason #2

« Older Entries
Next Entries »
We use cookies to ensure that we give you the best experience on our website. If you continue to use this site we will assume that you are happy with it.OkNoRead more