As long as you are joking you are allowed to insult others?

Got this player on Rocket League versus me who kept writing stuff which he thought would be offensive and he tried to get a reaction out of me.

But the only reaction he got was a report from me.

I have never traded any items between players in Rocket League.

So when I got asked to trade something today I agreed to see how trading works in Rocket League.

Here is the chat log between me and the other player. 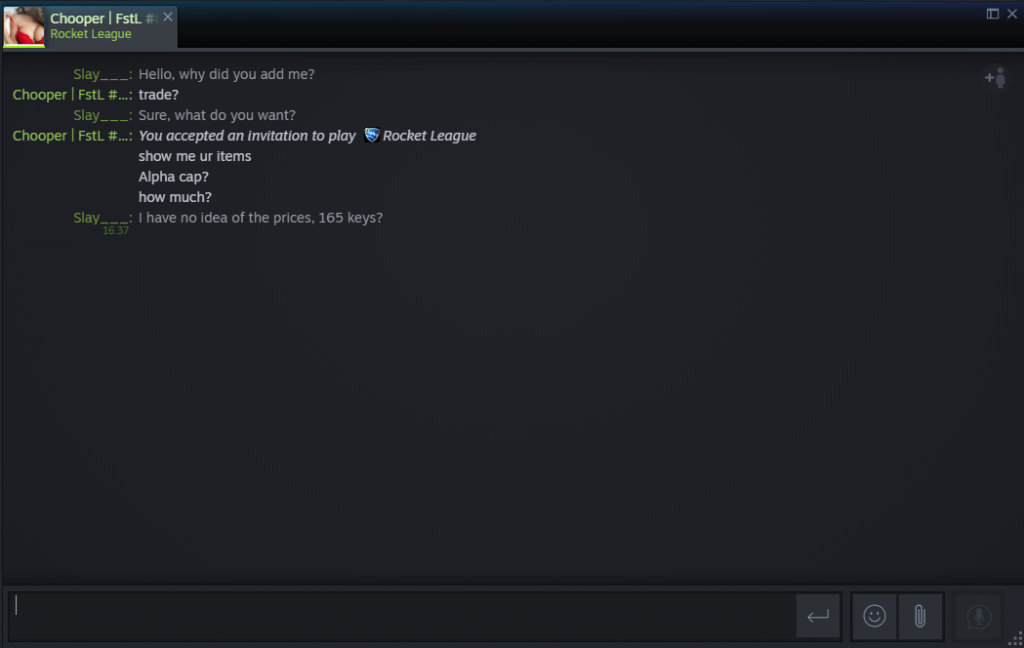 Nothing else was said, how rude of him..

I have been looking into selling the cap (among other items) for euros (and break the Rocket League user agreement) so I have seen that the pricing websites recently have listed that one item to be worth around 150-160 crate keys.

Here are today’s prices for the item, golden cap. 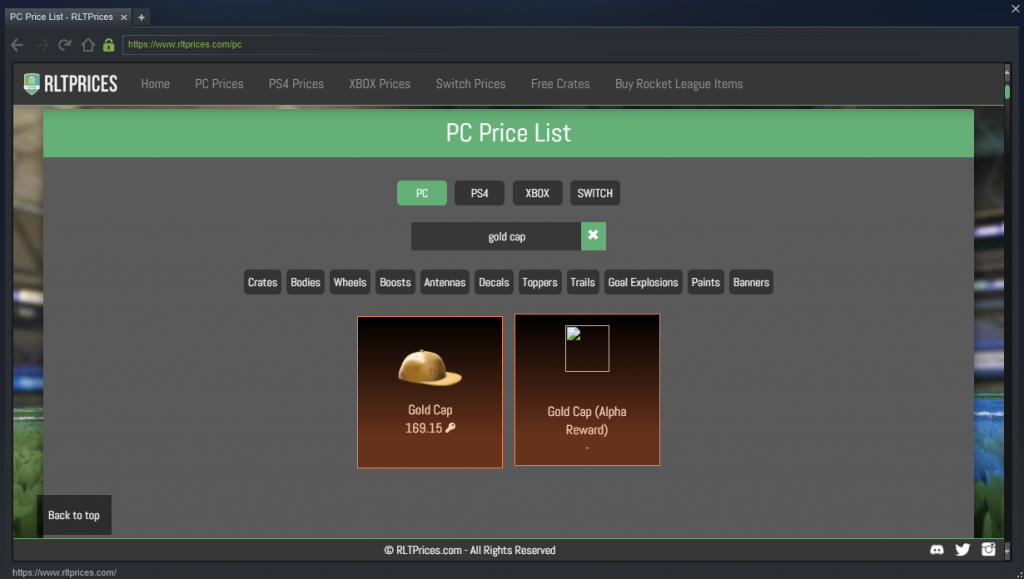 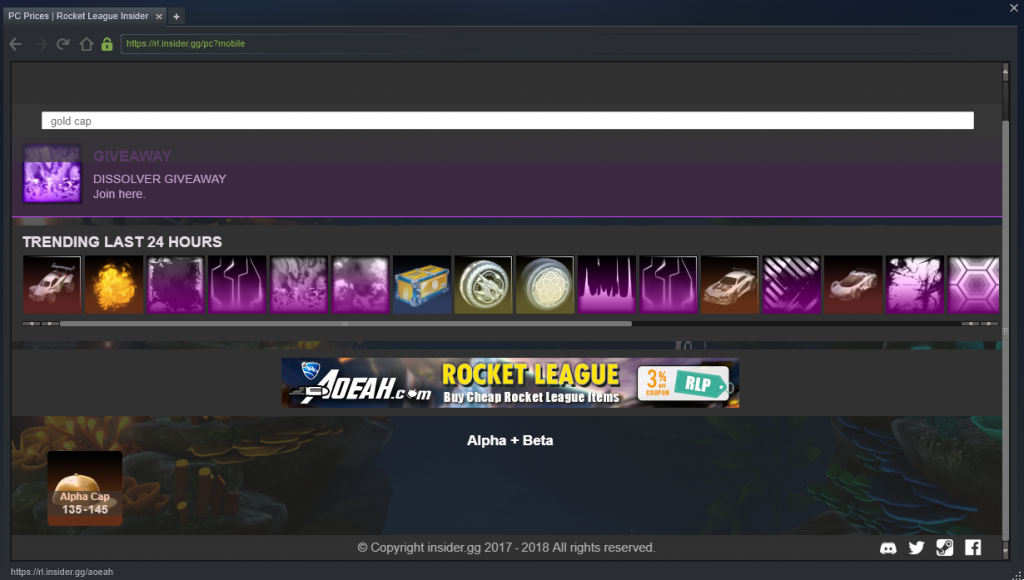 I thought I was asking for way too much because I am not willing to just trade that item away, if anything I want at least cash for it but it turns out I was semi-accurate on the price I wanted for it.

I guess the other person was in a hurry because they didn’t reply anything to me and instantly kicked me out of their party, closed the trade window and unfriended me on Steam.

PS. Anyone willing to pay cash for all of my Rocket League items?