I have a few friends who use or used Faceit service(s) to play Counter-Strike: Global Offensive and eventually got me to try it but I never paid for it.

I have installed their client so I could play it whenever I would get invited to play by those friends but..

Today the client decided to crash my Windows. 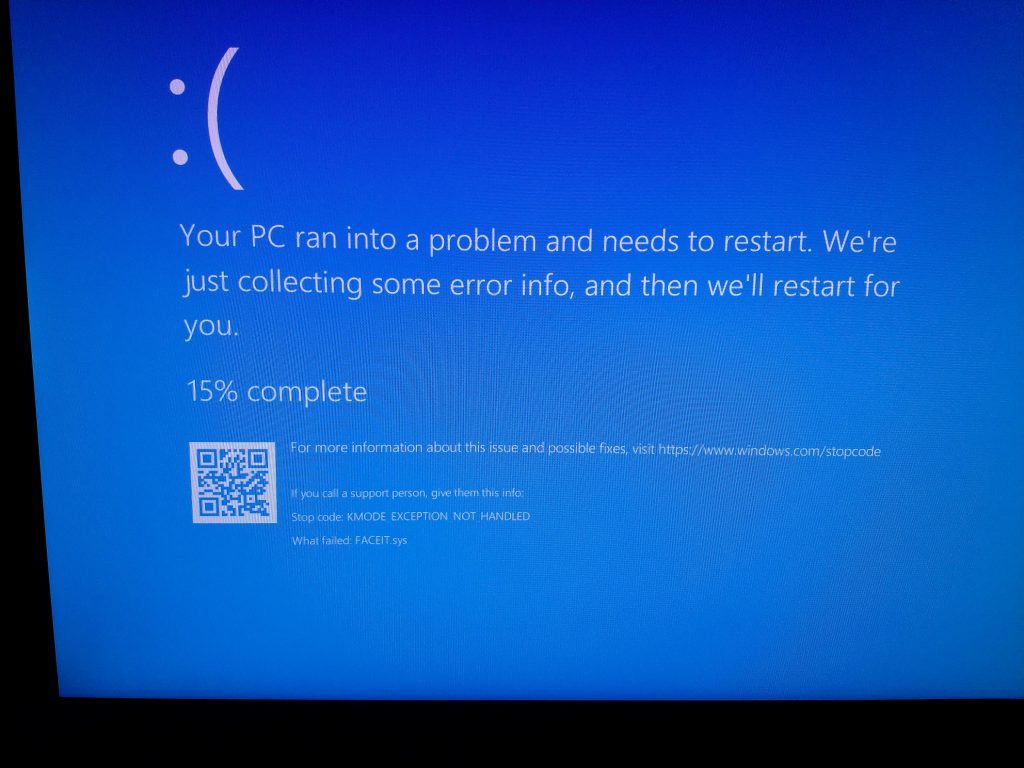 And the best part? I haven’t even played since February 2017 or launched the client since. It just crashed without me touching it, launching it or using it in any way.

So since I am not using it I uninstalled it of course. If you have some old software installed and you never use them remember to uninstall them to avoid possible bugs they might cause later on.

Totally unwarmed up, shooting all over the walls and failing knife kills.. Yet two separate people called me a cheater.

Couldn’t record live because nvidia share refused to launch unless I restarted my PC first, didn’t even update drivers or touch it, it was just broken on Windows boot up by itself.

The one deagle shot through smoke was a bug, during that game I did not see the smoke and was scoped to the upper CT side office at first until team mates told me he was out already, which is when I switched to deagle and peeked the corner without seeing there was a smoke. Yay for bugs..