Another day and another ragequitter in Dead by Daylight.. However this one posted “kill yourself” to every survivors Steam profile page that they could, one profile was private.

And even during double bloodpoints weekend they ragequit just as the survivors were about to escape by pulling their Internet cable from their PC or otherwise shutdown their network connection. 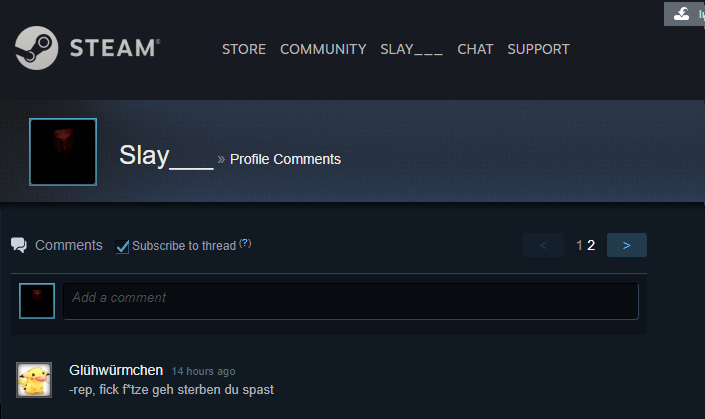 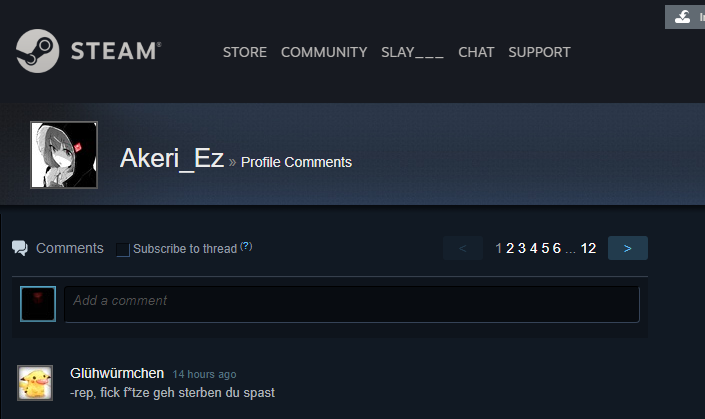 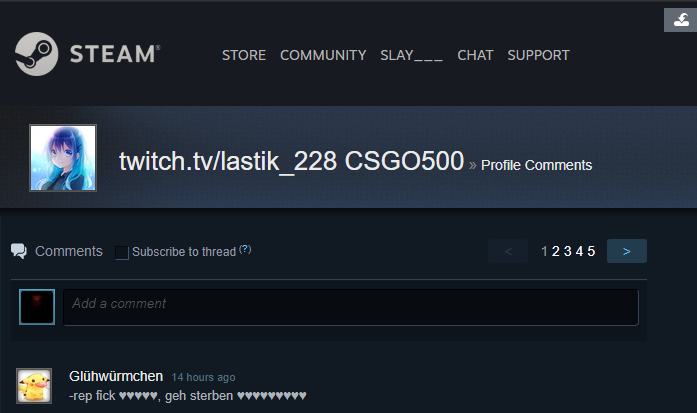 The match wasn’t overly unfair to the player who got angry in the role of the killer. One of the players, lastik, had Object of Obsession perk and kept running away from the killer around all looping areas of the map. No one blinded the killer and the killer mainly only chased that one player instead of guard the generators from being completed or exit gates from being opened.

Overall this shouldn’t have caused the killer, Glühwürmchen, to react this way. Not to mention this is never OK anywhere, not even on online games where you don’t see your opponents face to face or in general know them in person.

Translation of those profile comments are;

I wasn’t streaming or recording this game myself so I had to grab recording from lastik’s Twitch to show what happened in this particular game of Dead by Daylight.