Can’t even stream in peace without getting insulted these days

I just started streaming and right away someone who isn’t following me or visited my stream on Twitch before started asking for my trade URL and if I wanted to trade some CS:GO items. When I told him I wasn’t a trader or interested in trading the item(s) he would of wanted to trade he began insulting me and eventually left my stream chat when I didn’t reply anything to him.

Screenshot below shows the chat history and the text on the right side of the image isn’t included in the Twitch chat because AutoMod had removed those automatically. 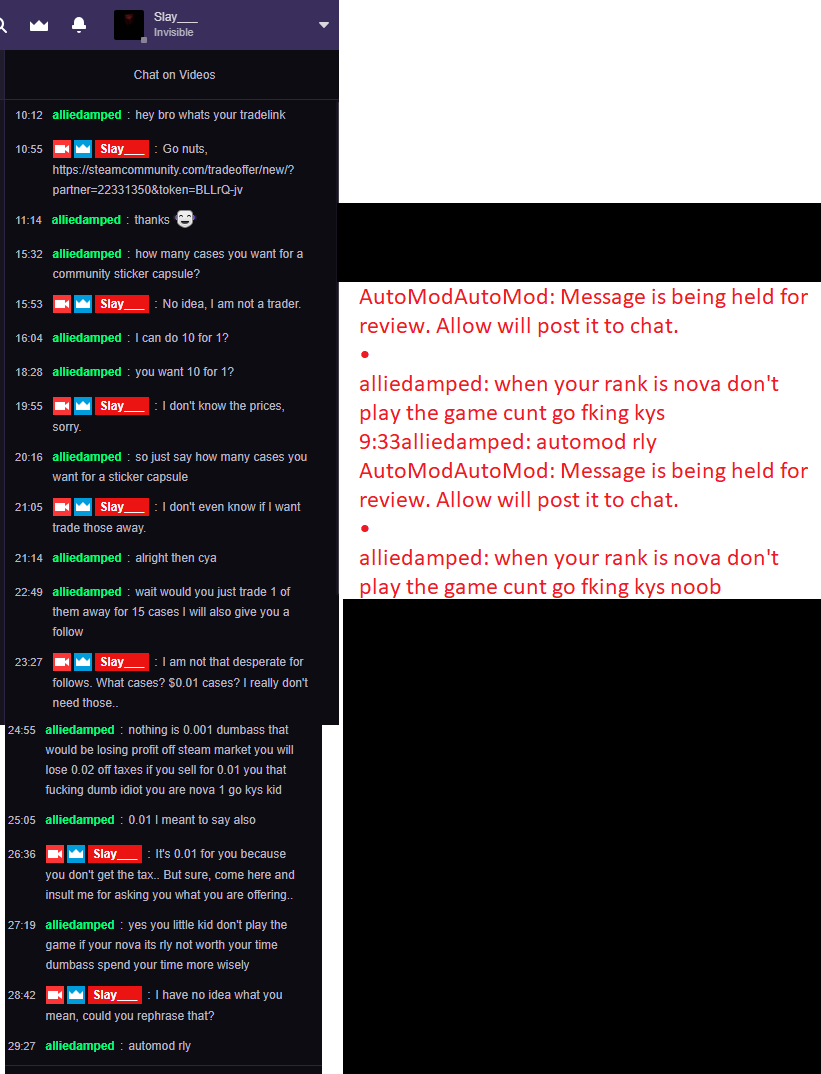 Internet sure is getting worse and worse where you can do “anything” you want, because it’s Internet not “real life”. You can’t offend anyone on the Internet because it’s “not real”.

Here is the link that guys Twitch in case you want to tell him to behave, https://www.twitch.tv/alliedamped.