If you unlock, lock, modify or even touch the achievements in Dead by Daylight using a 3rd party tool you will eventually get banned by either the developers or Easy Anti-Cheat. And a lot of players go on witch hunts reporting everyone they even think to have modified their achievements to the developers.

So.. While browsing the forums I found this gem.. 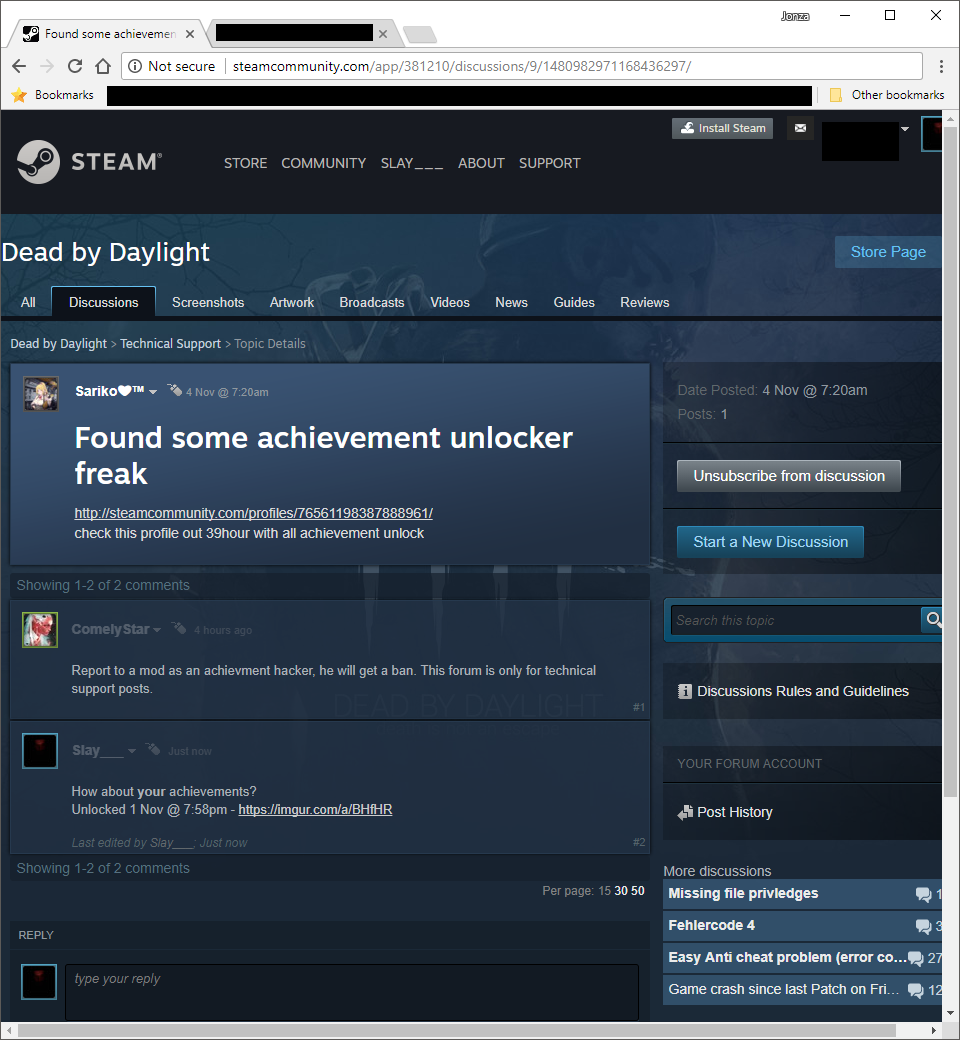 And when you go to the profile page of the one who started that thread, Sariko❤™ you will see that he/she has unlocked over half of the achievements at Unlocked 1 Nov @ 7:58pm – which of course is not possible without manually unlocking them with a 3rd party tool. 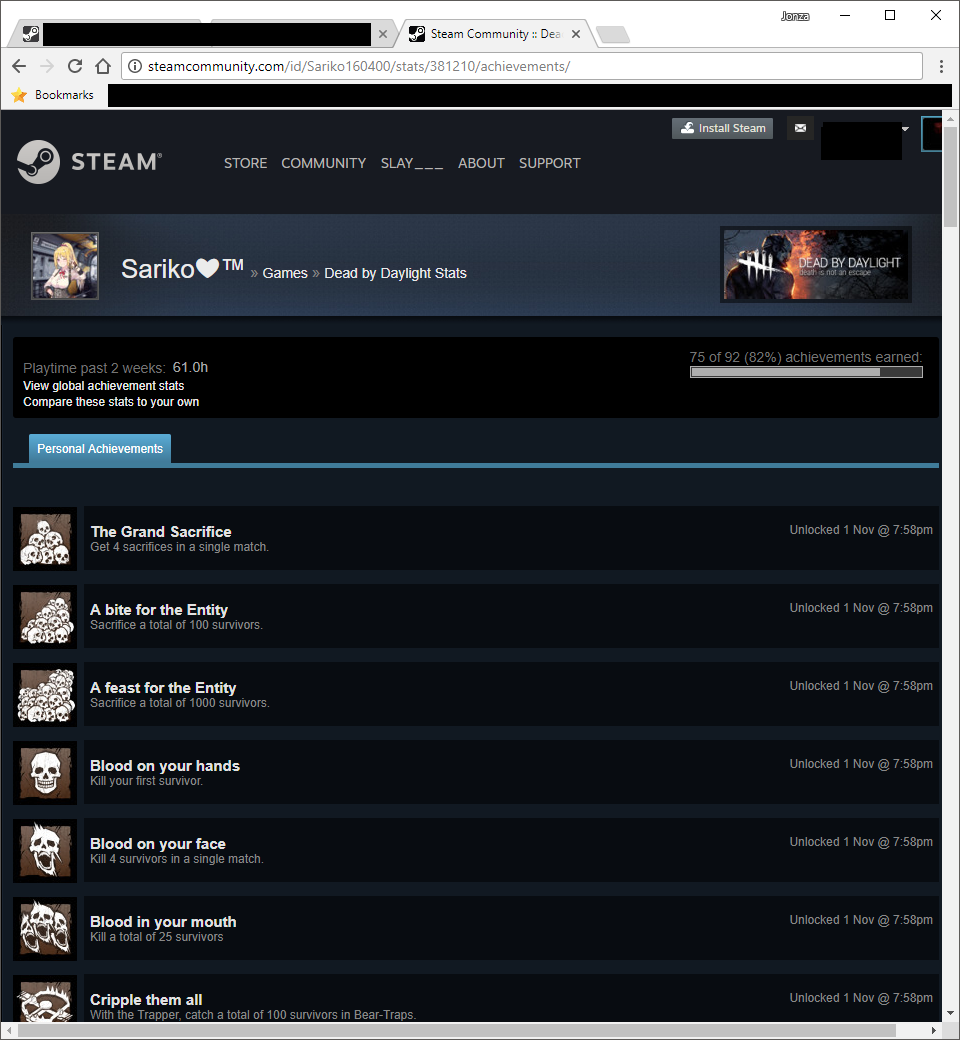 I guess he/she doesn’t know that the forums is a public place and you could of contacted the developers via email as well, where they cannot see your own achievements if you do it anonymously.