I have owned a few Logitech products before such as keyboards and mice but not until now I have had a problem with one of them. And I decided to ask their support for possible resolutions to my case before contacting the retailer where I bought it from as I had plenty of time to do so because I was only half way through the warranty period.

The problem was and still is that the Logitech G930 wireless gaming headset doesn’t function normally anymore. If I have the cable connected and the device thinks that the battery is full and the PC software agrees with it saying it’s fully charged the device keeps shutting down and restarting itself every 3rd second making the beep sound also which can get very annoying in about 2 minutes. And if I disconnected the cable from the device the PC software would say that the charge left was anything between 3 and 45 minutes and the device would beep for low battery warning. Then if I would open and close or otherwise refresh the PC software battery charge window the charge would randomly change between 3 minutes and 3 hours while the full charge should be 10 hours. Then to use the device I would need to listen to the battery warning beep and keep manually turning the devices back on randomly and repeatedly for 10-30 minutes at a time and if I were to connect the cable again I would need to start all this over again. Which of course means the devices is pretty much useless for gaming where sound is crucial and effects my gaming when it randomly turns off thinking the battery is empty while in reality it’s not and turning it manually back on keeps it alive for hours but not anymore the full 10 hours, maybe max. 4 hours.

Instead of trying to resolve my issue or ask me to do any steps to fix the issue Logitech support personal just asked me if I wanted G633 or G933 to replace my G930. As I originally bought the 930 because of the wireless function I chose 933 and they sent me one, for free.

I have used Logitech products in the past and will continue to use them because of the amazing customer support they provide and of course because their products actually work and last for long without any issue, other than that one issue I have had, and a few (not many!) others have had.

I currently have Logitech G910 keyboard, Logitech G402 mouse and the G933 headset of course.

My old gaming mouse was SteelSeries Rival 300 which broke just after 6 months in because of Rocket League where I over-used mouse2 button and maybe pushed a bit too hard a few times but after I switched to Logitech G402 I haven’t had any issues while playing Rocket League and I continued to click as hard as I did with SteelSeries Rival 300. The issue with SteelSeries was that when mouse2 was clicked it would at the same time click mouse3 which in web browsers uses the scroll function which also closes the mouse2 menu and in Rocket League makes you look behind you by default. The weird thing is that SteelSeries claims their devices are durable and that particular mouse should last 30 million clicks while Logitech says 20 million clicks for G402 which still works well after ~200 hours of Rocket League and other games of course for some amount, which still is a lot more than the SteelSeries Rival 300 could handle in my hands. 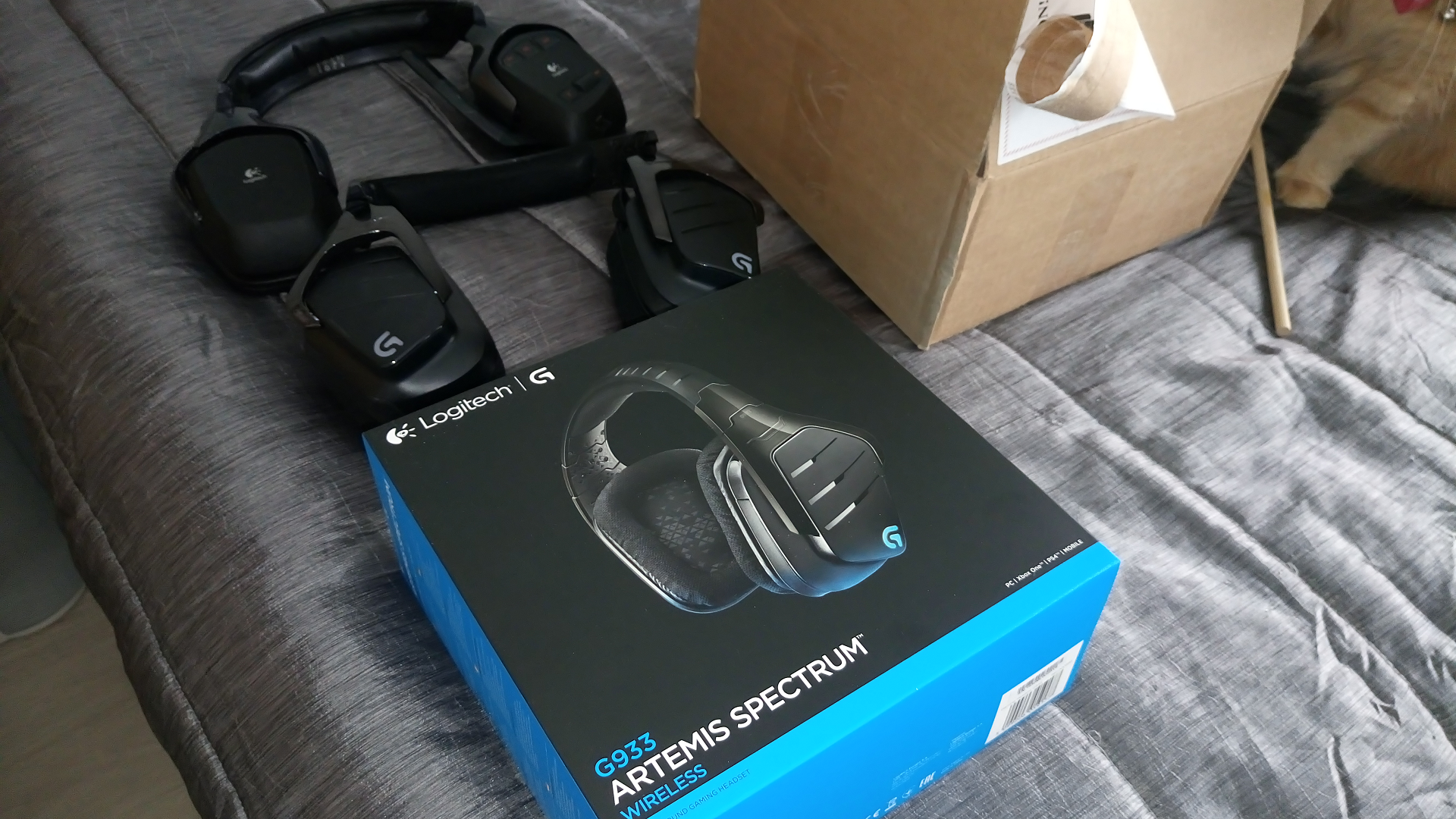